Norman and Genaro are Rosario Sanico’s brothers. They live in Lemery and both lost their home in Typhoon Yolanda in 2013. When Greg heard the news from Rosario that her brothers and their families had lost everything he immediately decided to help. The Greg Secker Foundation was immensely proud to provide them both with new homes. 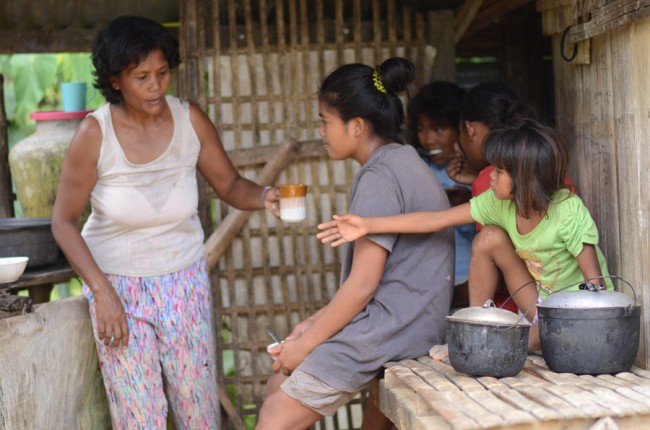 Sabet was born into an indigenous tribal family called the Ati in Barangay Yawyawan Lemery. The Ati were one of the first inhabitants of the Philippines thought to have arrived from Borneo 20,000 – 30,000 years ago. Sabet married a local man in Lemery, which was unusual for tribal people. There is a perception that tribal people are uncivilised and Sabet had a difficult time fitting into the community. Sabet has never had any education, she is not sure how old she is. Sabet and her husband had six children, two boys and four girls. Sabet worked really hard to help sustain the family’s daily needs, she would spend the day working on the farm with her husband whilst caring for her young children. Sadly, Sabet’s husband became an alcoholic and would often beat Sabet and her children. Her husband also attempted to rape his daughters. Sabet made a brave decision to leave. This is when Sabet and her children moved to Capinahan to start a new life and protect her family. Sabet worked as a housekeeper to a few families in the town and at the same time was a farm labourer. She believes she earns 100 pesos per day about $1.50 but she cannot count the money she is given. Sabet could not afford for her children to go to school, although public schools are free there are still miscellaneous fees. Her children are teased by other children in the village. When the typhoon struck Sabet and her children lost their shanty shelter. This was devastating to them. They have rebuilt a shelter using wreckage from the typhoon but when it rains it leaks. They cook outside amongst 3 rocks and have no toilet. They have barely enough food to survive and all the children are working as farm labourers. Sabet’s only wish is to keep her family safe. 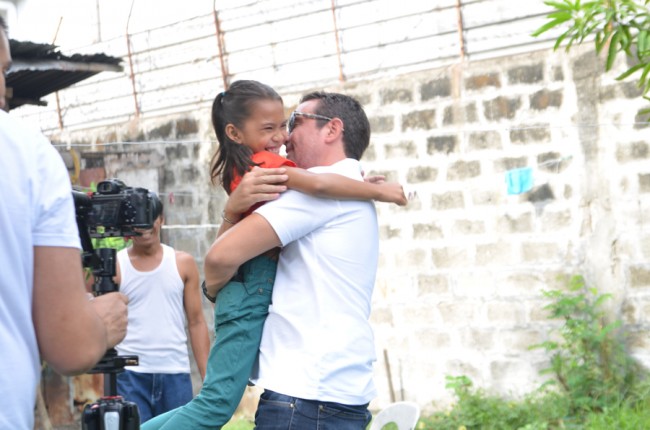 Whilst in the Philippines, Greg met an eight year old girl named Fatima who had been living with a debilitating cancerous growth on the side of her hip. Fatima’s parents told Greg how she could not go to school because she was bullied by other children. Greg was so moved by her bravery and determination that he organized for Fatima to have surgery to remove the growth. After the surgery Greg visited Fatima to see her progress and was delighted to see a very happy smiling girl who would now have the chance of a happier childhood and most importantly the courage to go back to school. Fatima’s father was overjoyed and the best news is that Fatima’s family are one of the beneficiaries of the build a house project.

Back to Media
Donate NowBecome a Volunteer
close